Life at Prince of Wales 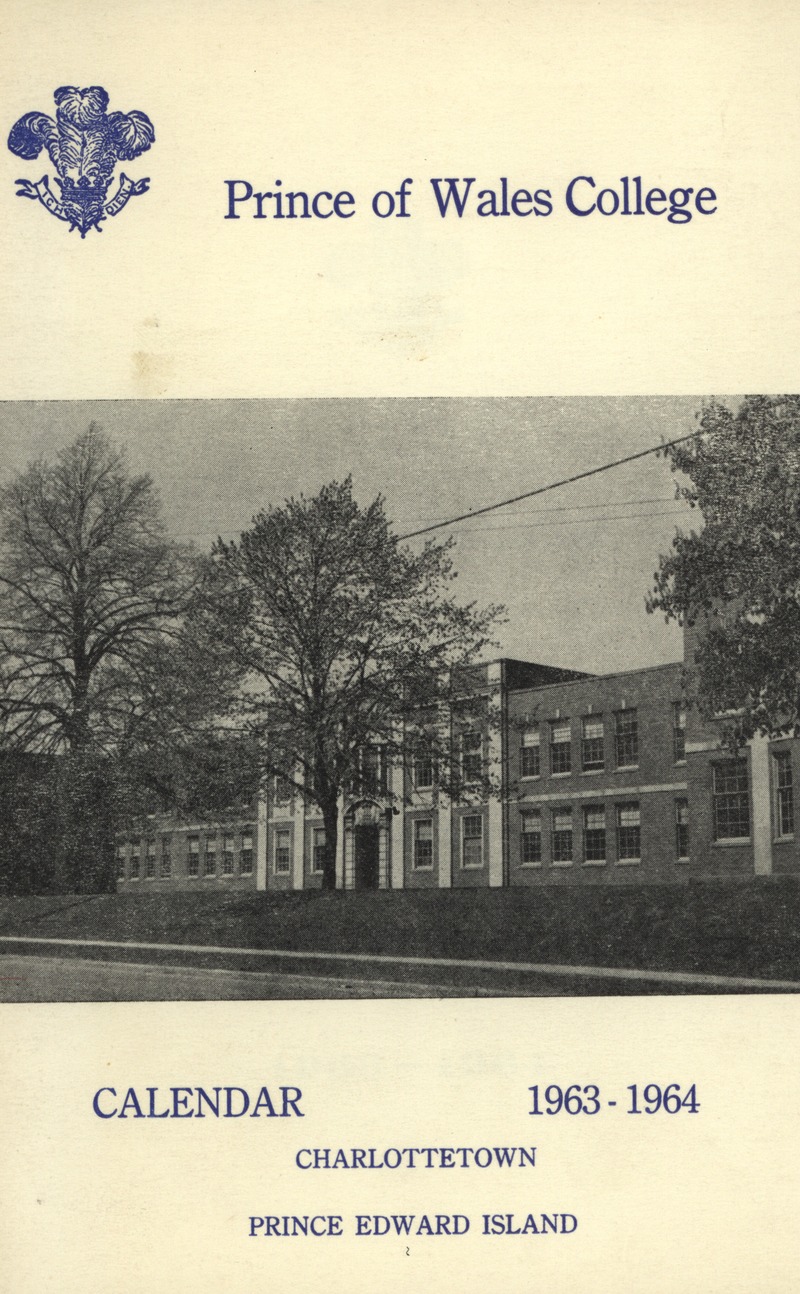 Although Prince of Wales was a relatively small college, the nature of Prince Edward Island’s communities had created two distinct groups in the student body: those from Charlottetown (the “town” or “townie” students) and those from rural parts of the province.1 This was, partly, a matter of basic economics: until 1964, students from Charlottetown paid about twice as much in tuition fees as those from outside of the city (in that year, for example, Charlottetown residents paid $100 for their third and fourth years, while rural students only paid $502  -- see digitized PWC Calendars for more historical tuition information). Much of the cost difference was caused by the high price of boarding houses and residences -- the only options for most rural students -- which from the early days of the College had prompted the provincial government to subsidize tuition for out-of-town students.3

But the differences between the two groups went deeper than dollars and cents. Charlottetown may have been a small, out-of-the-way place in global terms, but it  probably seemed quite worldly and sophisticated compared to the littlle villages or isolated farms from which many out-of-town students hailed. In her book, A Century of Excellence, Marian Bruce quotes student Ruby MacMillan Matheson on the subject: “You could pick out the town students after you were there a little while. They’d saunter into the classroom with their books under their arm. You could tell they were just ‘man about town.' ”4  Whatever the socioeconomic differences between "townies" and their rural counterparts, however, the shared bond to PWC generally proved a stronger, unifying force, and a divide that might otherwise have been hostile or malicious was usually bridged by ongoing efforts to foster a sense of amiable community on the campus.

One such effort involved encouraging all students to participate in school activities by way of the College newspaper.  Established in the 1890s under the name The Campus Record, the campus paper underwent many transformations and name changes, adopting The College Observer as its title in 1896, and, finally, The College Times several decades later.5 The paper reported on everything from gossip to university policy to world events and although its content was varied, the tone of its writing (especially in The College Times era) was chiefly lighthearted and the reporters given to frequent humour. Cheerful as it often was, however, the school paper could also be a serious and important part of campus life, providing insightful editorials and a venue for students to publicly air grievances with the administration, the student council, and the world at large.

Since the paper was student-run and generated, its editors and writers were ideally-placed to report on, and promote, a range of College activities, clubs, and events. Although participation may sometimes have been lower than those students organizing the events would have liked, there was a wide variety of activities to get involved in. Various years saw drama clubs, Liberal and Conservative clubs, a United Nations club, the Newman club for Catholic students, a World University Service Club, Social Committees, Cultural Committee, Honours Society, Student Representative Assembly, House Committee, Campus Police, Newspaper staff, Rifle Club, Ski Club, Student Councils,6 and a highly successful, long-standing debate team.7 Chronicling this hectic round of extracurricular activity, along with a busy calendar of special events, socials, and dances, required a campus newspapers with a sizable and conscientious staff. Completmenting their efforts was the work of another dedicated team of student volunteers producing the annual Welshman yearbook. 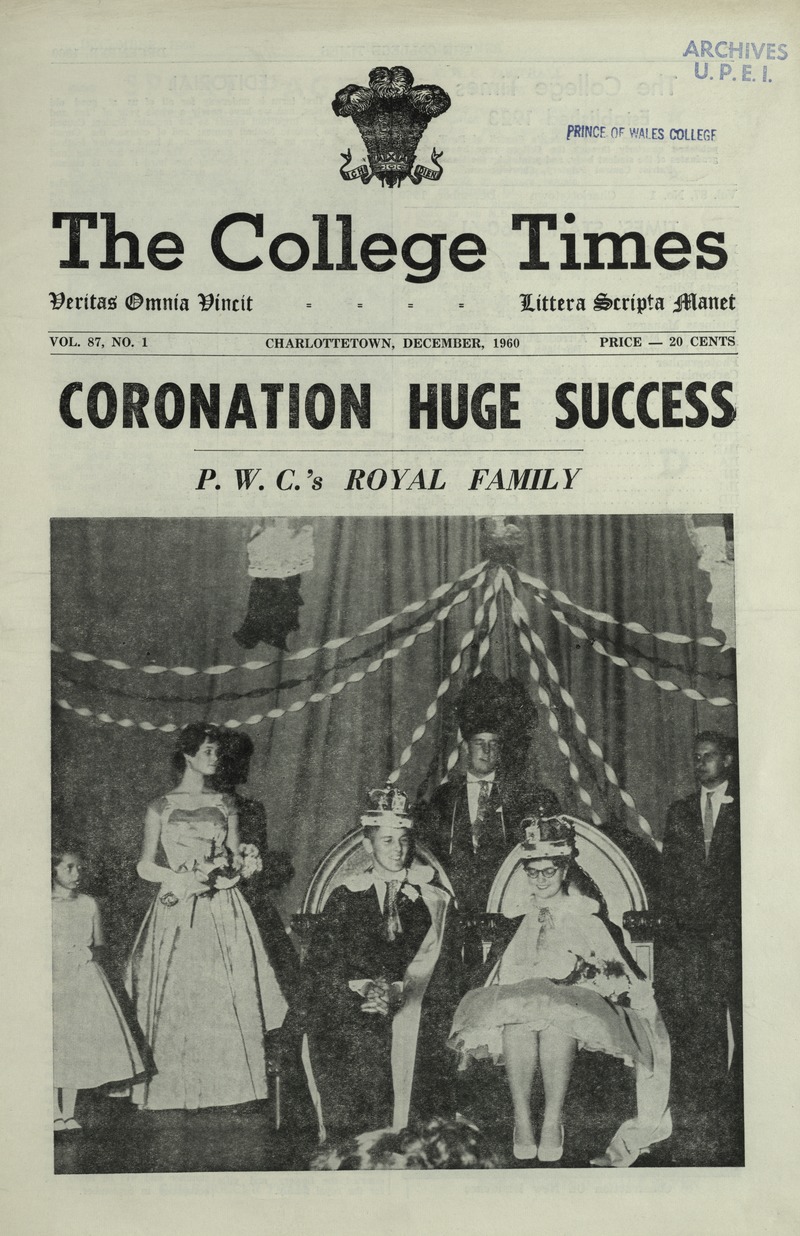 One of the more popular of the many activities documented in the pages of the student newspaper and yearbook was the Winter Carnival. A staple of campus life at many Canadian universities, such carnivals often included a coronation of the college King and Queen, athletic events, ice sculpture competitions, a formal dance and banquet, sock hops, ice sports, concerts, tobogganing, and, in some years, a beard-growing contest.8 Another favorite event was the College’s “Red and Blue Review,” a school wide variety show. The show had a long history at PWC, and was among one of the most well-attended happenings at the school.9 An indicator of the strength of the Reviews' legacy can be seen in the fact that  PWC reunion attendees staged a revival of the the popular show in 1990.10

In addition to all of the activity going on at the College, students also found ways to amuse themselves in their off- campus lives. Unlike St. Dunstan’s University, which was located well outside of town -- obliging its students to secure a taxi ride and special permission to get to Charlottetown's shops, restaurants, and theatres -- PWC had the good fortune of being nestled snugly in the heart of the downtown, which offered abundant amusement for college and high school students alike.11 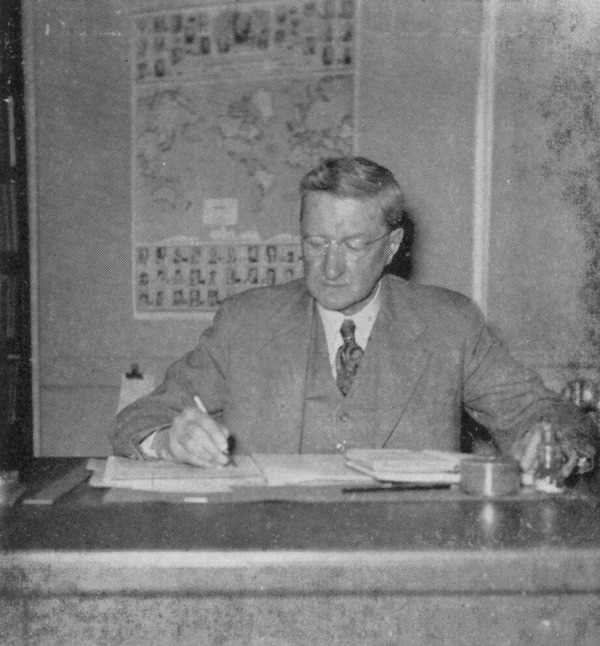 Despite the many pleasant diversions available to PWC students, however, it seems that academic diligence and social decorum did not suffer unduly.  The level of discipline at PWC remained high throughout its history, though some Principals were sterner than others: perhaps the the most notably strict were G.D. Steel, who was known to give lectures to late-comers,12 and Samuel Robertson, dubbed “Saint Samuel” for his firm adherence to rules and regulations.13 No matter who was in charge however, PWC students were usually regarded as well-behaved. Though occasional difficulties and disruptions surely arose, as they would at any school, the PWC campus was said to be, on the whole, one of the most well-disciplined in the country.14

The “Prince of Wales Calendar” cover is the cover of the 1963-1964 Prince of Wales College and Provincial Normal School Calendar, published in 1963. The cover, and the rest of the Calendar belong to the UPEI Archives and can be found in the PWC digital collection under “PWC Calendars.”

The photograph of G.Douglas Steel working at his desk is taken from the opening pages of the 1946-1947 Welshman yearbook. The yearbook belongs to the UPEI Archives and can be found in the PWC Digital Collection under “PWC Welshman.”